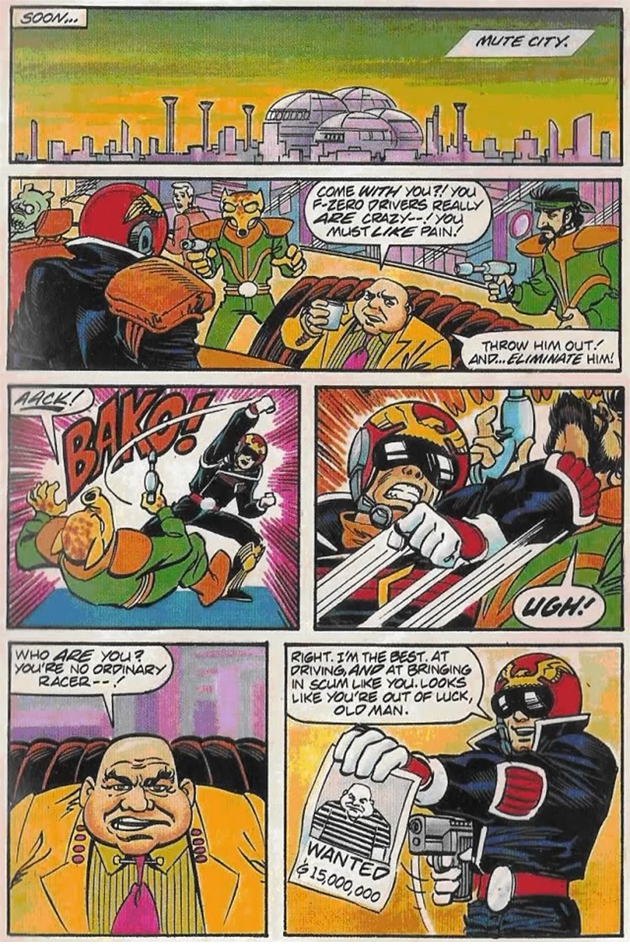 MOB BOSS
"Come with you? You F-Zero drivers really are crazy--! You must like pain!"

[Captain Falcon punches an alien henchman to the floor "AACK!"]

[Captain Falcon elbows a bearded henchman in the chin "UGH!"]

MOB BOSS
"Who are you? You're no ordinary racer--!"

CAPTAIN FALCON
"Right. I'm the best. At driving, and at bringing in scum like you. Looks like you're out of luck, old man."